Access to the river is easy in the Dordogne Valley. There are numerous beaches along its banks where you can picnic, relax and take the plunge if you so wish. With minimal industry and no big cities, the Dordogne River is the cleanest in France and it is a treat to be able to swim in unpolluted waters in the modern age. All ages from the youngest children upwards appreciate the simple pleasures of an afternoon on the beach.

Away from the rivers, there are plenty of lakes with opportunities to sail, wind-surf, canoe, water-ski, swim or simply enjoy an afternoon on the beach. Some are on the lakes formed by the hydro-electric dams, such as the Lac de la Triouzoune at Neuvic (Corrèze), the Lac du Tolerme (north-eastern Lot), and some are natural such as the Lac du Causse near Brive-la-Gaillarde in Corrèze.

Venturing deep into a cave is both a serene and exhilarating experience. It can be calming, as time seems to dissipate into the silent darkness, and exciting, as your senses awaken to the mysterious and intricately beautiful underground world that few have the privilege to discover—like having a backstage pass to the upside down of the earth! But it can also be frightening if you’re troubled by the unfamiliar or confined spaces…

Well… take all of this, add water and multiply by ten and you have the thrill of cave diving! For the most daring adventurers, this can be the ultimate diving experience… a chance to plunge into a parallel universe and push your bravery to the limits!

But beware, cave diving is as dangerous as it is captivating and can be practiced only by trained and experienced divers, and in the company of certified guides. NEVER venture alone into a cave, and especially not under water!

So if you’re still game, by all means, come to the karst region of the Causses du Quercy, known as the “Mecca” of cave diving in France, and plunge into the crystalline waters of the resurgences of Saint-Georges, near Rocamadour, and Saint-Sauveur, the resurgence of the famous Gouffre de Padirac.
Thrills are assured!

Are you looking to relax after an energetic day of skiing or hiking? How about a nice thermal bath in natural hot spring waters!

Thermal spas are very popular throughout France, and the Dordogne Valley is no exception. Whether to treat ailments or just to relax and rejuvenate, the natural waters of the many hot springs in the Massif Central are sought for their soothing qualities.

Near the source of the Dordogne River, at the foot of the Puy de Sancy, two renowned and historic spa centers, La Bourboule and Le Mont-Dore, benefit from the waters rising from volcanic lavas at a temperature of around 40°, and containing bicarbonates, iron, silica, and even arsenic. They are used to treat skin ailments, rheumatism and respiratory conditions, such as asthma. They also offer shorter, and very soothing, relaxation treatments as well.

In both of these towns, there are remains of public baths dating as far back as the Roman era, but the heyday of water cures was in the late 19th and early 20th centuries. At that time, luxurious spas, hotels, villas and casinos were built in the Neo-Byzantine and Art Deco architectural styles, and the charm and elegance of this Belle Epoque era is well preserved. 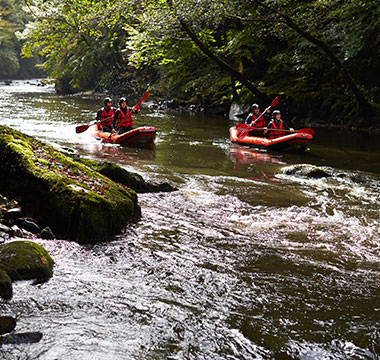 LEARN MORE
On the water 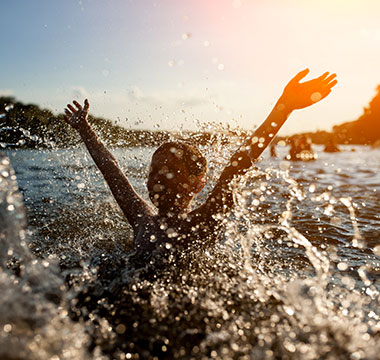 LEARN MORE
In the water 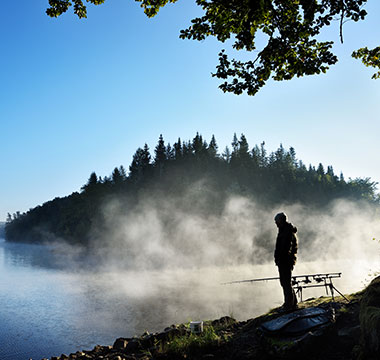 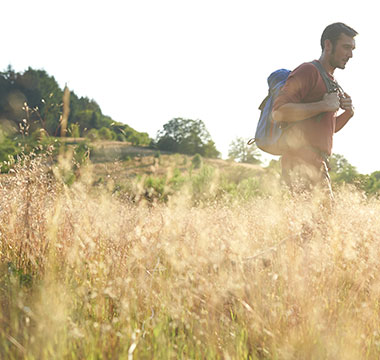 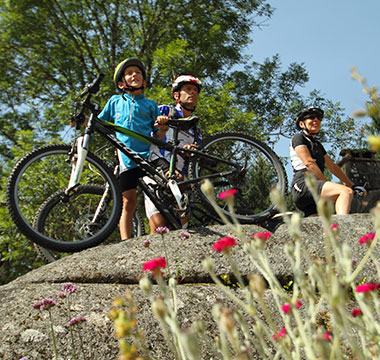 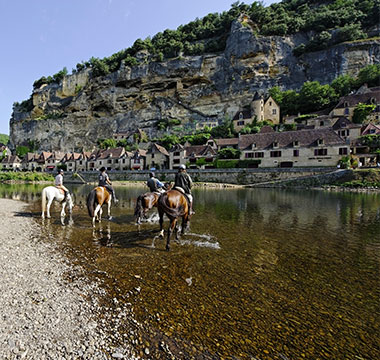 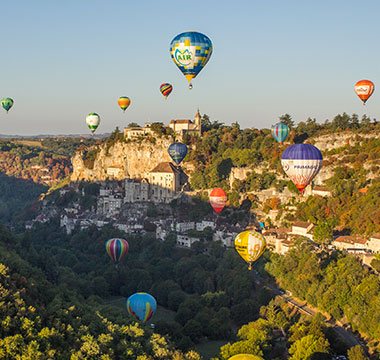 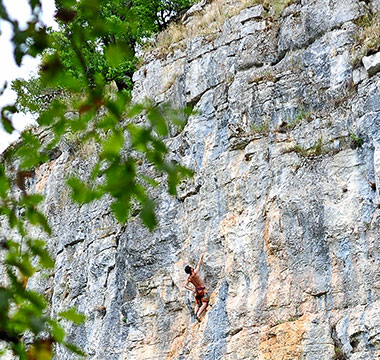